A Bedtime Snack That Actually Helps Your Muscles While You Sleep 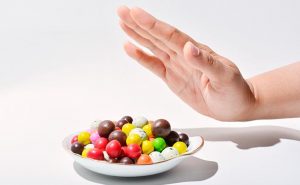 According to a study published recently in the peer-reviewed British Journal of Nutrition, there is good news of a late-night snack that’s actually good for you –protein.

The study also confirmed if you consume 30 grams of protein about 30 to 60 minutes before going to bed, it seems to have a positive effect on muscle quality, metabolism, and overall health.

Active young women in their early 20s participating in this study ate samples of cottage cheese 30 to 60 minutes prior to bedtime. In this first study of its kind instead of consuming a protein shake or a supplement, a whole food protein was used.  “It gives people options for pre-sleep nutrition that go beyond the powders and shaker bottles,”Ormsbee said.

Watching the clock is a good practice for Americans who are watching their weight.  According to previous research conducted by market research company The NPD Group, snacks such as candy, chocolate and ice-cream peak in the evening just after 8 p.m.  However, snacks like nuts, vegetables slices or fruits, which are healthier, peak at around noon, and savory and sweet snacks follow in a slightly smaller rise in consumption around that same time of day.

Not only does the time of day have an impact on types of snacks being consumed, but holidays do too. Beginning in November, eating sweet snacks rises –such as eating all those Halloween treats while all those healthier-for-you snacks decrease during festivities in November and December. And all the tasty, savory snacking hit their peak in December and January.

Watching your weight is important too because being overweight or obese is related to higher risks of dying prematurely which increases with each additional pound.  This was discovered during a 2016 study conducted by researchers at the Harvard T.H. Chan School of Public Health and the University of Cambridge in the U.K. More than 500 investigators from over 300 global institutions joined forces to establish the Global BMI (Body Mass Index) Mortality Collaboration.

BMI is measured by a formula that divides your body weight by your height. The study found that for each five-unit increase in body mass index there were corresponding increases for cardiovascular mortality by 49%, respiratory disease mortality by 38% and for cancer mortality,  19%, giving people with those risks that same potential of dying earlier than people with healthy body weights.