Apple Pumps Up Its Amazon Listings With iPhones, iPads and More 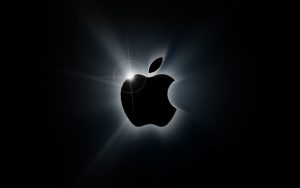 Amazon, the world’s largest e-commerce company signed a deal with Apple recently and will begin to offer directly to its customers more Apple products such as the new iPad Pro, iPhone XR, iPhone XS and Apple Watch Series 4, as well as all of Apples’s Beats headphones. The Amazon-Apple deal includes market areas to the US, UK, France, Germany, Italy, Spain, Japan and India and will appear on Amazon sites in the following weeks.

Apple and Beats products will only be sold on Amazon exclusively by Apple-authorized resellers.  Currently, Amazon sells other Apple devices such as the MacBook laptops and some Beats headphones.

“Amazon is constantly working to enhance the customer experience, and one of the ways we do this is by increasing selection of the products we know customers want,” an Amazon spokesperson said Friday in a statement. “We look forward to expanding our assortment of Apple and Beats products globally.”

It’s a win/win deal for the two tech giants and a great deal for customers who should see not only a greater selection of Apple products but at standard prices.  For Amazon, the deal comes at a strategic time just before the holiday shopping season and for Apple, it means more of its devices being sold worldwide.

“We’re working with Amazon to improve the experience for Apple customers on their site,” said Apple spokesman Nick Leahy, “and we look forward to those customers having another great way to buy iPhone, iPad, Apple Watch, Mac and more.”

Andrew Lipsman, eMarketer analyst said the timing of the deal does raise questions after Amazon experienced a weaker revenue than expected in its last quarter which may have been the motivating factor to seal the deal just prior to the holidays.

“But the real threat there is in Amazon introducing a rival product. I’d say Apple is pretty safe there,” he said.

The deal does include modifications in Amazon’s offerings of speaker devices: No Apple HomePod smart speakers, nor Amazon’s Echo devices or rival Google Home speakers will be listed.

Also, by Jan. 4, 2019, all listings of new and used Apple products by independent sellers will be removed unless they have applied and received authorization from Apple to be authorized resellers on Amazon.

Amazon’s Renewed program which sells certified refurbished electronics will not be affected by the pack between Apple and Amazon.

Tightening up control over inventory and pricing of Apple products will be one of the advantages of the changes taking place which is welcomed by both companies.