Is there A Genetic Link Between Depression and Obesity? 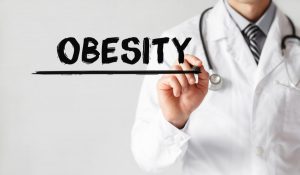 It may seem pretty obvious that there is a link between obesity and depression but a new study clarifies just how these two are linked. More importantly, the study suggests that not only are they connected, but they actually impact each other.

For the study, researchers looked the medical and genetic information of roughly 338,000 people and concluded that being overweight can have enough psychological impact to result in depression. Somewhat not surprisingly, the study also found that the effect is stronger in women than it is in men.

According to the University of Exeter Medical School’s Dr. Jessica Tyrrell, obesity and depression are among the top health problems in the world.  And they are important because they both greatly impact personal lives and the cost of health care.  She goes on to describe that while we have long known there is a link between the two, it has never been clear if obesity causes depression or vice-versa.  Also, we have not had certainty over whether being overweight, alone, was the cause of depression or if there were other health problems (perhaps those which accompany obesity, etc) that were the culprit.

Dr. Tyrrell comments, then, that this is the most comprehensive look at the relationship, particularly at the genetic level.  The analysis concludes that the psychological impact of obesity is a likely cause of depression and this is important because it can help doctors more appropriately develop treatments for reducing depression, a condition that often makes it much harder for people to keep a healthy lifestyle.

VouchForMe Price Down 10.3% This Week