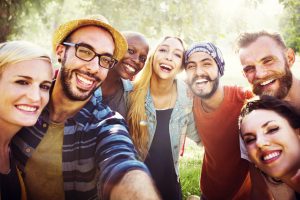 Businesses can count on Americans to shop just as soon as the holiday season starts and it looks like they are ready to spend more than they did last year with millennials at the front of the line, according to a holiday shopping survey conducted by Discover.

Over 2000 US adults were surveyed, ages 18 and older and over a third of the millennials are planning to spend more than Gen Z and Gen Xers and way more than baby boomers.

The Harris Poll and OpenX, an advertising-technology company report that while the average amount consumers are planning to spend on holiday shopping is around $819, millennials plan to spend $861.

The US median household income reached a record $61,372 in 2017 and millennials and Gen Xers credit higher wages as the reason for their willingness to part with their hard earned cash for holiday gift spending and other holiday needs.

Another reason too, according to the survey, is that more consumers will be using their credit cards. “The number of those who expect to use credit cards to pay for most of their holiday gifts jumped to 38 percent this year, up from 32 percent in 2017,” reports Discover.

So what’s driving more consumers to use plastic this year which is up from 42 percent last year to 54 percent? Taking advantage of cash back and other perks as well as earning rewards, that’s what.

On the other hand, there are shoppers who are following billionaire entrepreneur Mark Cuban’s advice, who says that in the long run, high interest rates on credit card debt could cost you more. The survey reports that less than 25 percent of the consumers polled will use debit cards and 20 percent will use cash.

“Credit cards are the worst investment that you can make,” Cuban told Business Insider in 2014. “The money I save on interest by not having debt is better than any return I could possibly get by investing that money in the stock market.”

Using cash when you can is the solution, he says. The Journal of Consumer Research did a study that supports his conclusion, “Using cash could lead you to curtail your spending because physically handing over your money and watching it disappear ‘feels’ more painful.”

There are other ways consumers will make their purchases other than using plastic. Shoppers plan on using their mobile devices, as well as wearable devices such as the Apple Watch and some plan on using a voice-activated smart speaker, such as an Amazon Eco. Tech-savvy Gen Z and millennials are the largest groups to do so.
Whether you shop using plastic, mobile or wearable devices, or shop online, take steps to protect yourself from frauds by checking your financial accounts regularly especially during the holidays.

Mirvac Group to Issue Final Dividend of $0.05 on August 30th