Is Soy Good or Bad for Your Health? 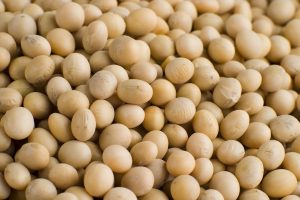 Soy or soybeans are a legume native to Asia and for thousands of years have been included in Asian diets with evidence showing soybeans were grown as far back as 9,000 BC in China reports Melissa Hargroves a Registered Dietition for HealthLine.

As a legume, soy is a plant based protein and is widely consumed for that purpose and many processed foods have it as an ingredient.

Although it’s a popular food, there are many controversies surrounding it as to its benefits — is it healthy or bad for you? There are arguments for both sides.

Whole soy products include the whole soybean or edamame (immature, green soybeans) which are a favorite high-protein appetizer. Whole soybeans are used to make soy milk and tofu as well.

For people who wish to avoid milk, soy milk is a good substitute.

Tofu is great for vegetarian diets as it provides a good source of plant-based protein.

Fermented soy products are made using traditional methods. They include soy sauce, tempeh, miso and natto.

Soy sauce is a liquid condiment used to flavor or marinate foods. Tempeh is a source of protein used in vegetarian diets like tofu though not as popular. Miso is a traditional paste used to season soups and other dishes.

Soy-based processed foods include vegan meat substitutes, yogurts and cheeses, as well as soy flour, texturized vegetable protein and soybean oil and all are use in many packaged foods.

Soy supplements such as soy protein isolate is a highly processed derivative of soy and made into a protein powder and used in protein bars and shakes. Other soy supplements are available in capsule form such as soy isoflavones and soy lecithin.

The Benefits of soy are that they are high in nutritional content of protein, fat, fiber, 9 vitamins, 7 minerals, prebiotic fiber, and beneficial phytochemicals, all beneficial for the proper function of the human body.

Studies have shown other soy benefits such as lowering of bad cholesterol, improving fertility outcomes, protecting effect against BPA (a chemical found in plastic), and reducing menopause symptoms.

Negative effects of soy have been found in animal studies on the possible effect on breast cancer, on thyroid function and on male hormones, however human studies suggest otherwise.

Also 90% of soy grown in the US is genetically modified and there’s a lot of debate on the safety of GMO soy affecting increase risk of cancer and birth defects. So eat organic soy if you want to avoid GMOs.

Overall, studies have shown that the benefits of soy in the diet outweigh any potential risks, so eat whole or fermented soy foods in moderation.