The Battle Is Going To Get Crazier For Midrange Phones 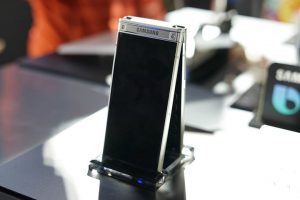 Samsung did something unusual last fall by presenting a midrange phone with new features that even its top of the line devices doesn’t have. Furthermore, it held two massive launch parties for it in Malaysia and then again in Madrid. The fight for sub-$400 dominance is heating up.

Samsung’s version of its Galaxy A7 and A9 for 2018 were not new. Generally, Samsung’s A phones get updated every year by refreshing its processors or adding a new tech aspect like water resistance or the always-on AMOLED displays. However, that’s not the case for its midrange phones for this year. And the improvements hint at what may come in next year’s flagship Galaxy X10 in the form of four rear cameras.

But why the switch in strategies to make the midrange phones a big deal? The simple answer is – China!

According to data from analyst firm Gartner, China shipped over 208 million low-to-midrange phones (about 49% of its total phones market) in 2017 and “its local brands such as Huawei, Oppo, Vivo, and Xiaomi, hold 90 percent of China’s market share in the first half of 2018. As such, its phone market is a tough one for most to crack” Gartner says.

Five years ago Samsung had a great start there with owning 20% of the market. However, after being priced out of the competition by cheaper and more aggressive local Android rivals it finds itself at only 2% today.

“In China, we’re struggling, but we know what we have done wrong, and we’re putting lots of effort to fix it. We’re looking to bring back the Chinese customers’ love and loyalty, and I do believe maybe from next year we can see the recovery in China,” said Samsung mobile chief DJ Koh.

Samsun’s strategy is to target millennials with big screens and a camera that can post dynamic pictures onto social media which the A7 and A9 can do without a flagship price tag.

However, Samsung’’s competitor Oppo a mid-range phone manufacturer produces phones with Time-of-Flight (TOF) cameras and on-screen fingerprint scanner and plans other features that “will make its phones fly off the shelves.”

“Design will make us stand out,” said Oppo’s overseas market product manager Chuck Wang in an interview with CNET. Wang believes “that the company’s focus on making beautiful phones will help resonate with our customers.”

“Chinese mobile phone users are more attached to their devices than their global counterparts, integrating their work [and] personal lives, and they have exceptionally high adoption of mobile payments, online shopping, and social apps during their 24/7 digital lives,” said Angie Wang, a senior principal analyst at Gartner.

“Future market growth will be driven by upgrades and both product quality and customer experience are key in the eyes of these upgrades. Investing in tight integration of artificial intelligence, hardware, and software for delivering customized experience will be key to capturing growth, especially in the premium segment,” Wang says.

T-Mobile US Price Target Increased to $155.00 by Analysts at KeyCorp