Google To Shut Down Google+ Early Due To Bug That Leaked Data Of 52.5 Million Users 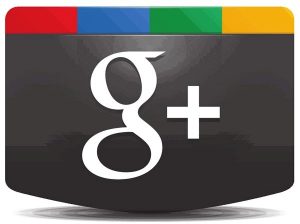 Google announced on Monday that after a detection of a security bug which leaked the data information of millions of its users, it has decided that it will now step up the termination of its Google+ social network next year.

Even though profiles of users were set to private, through a bug that was used, permission was granted to outside app developers who had asked permission to view information that users had placed on their Google+ profile — such as name, email, and occupation — to view those personal profiles. However, no financial data, national identification numbers or passwords were shared with app developers during this breach of security.

Google+, In order for Google to compete in the social network space with Facebook, Twitter, Instagram, Pinterest, and others, Google launched Google+ in 2011. However, it was announced that because of this security breach, its second this year, the company has decided to shut down its social platform in April of 2019 rather than in August.

Google+ has had two data security breaches now which is disappointing for its social network platform. The first time that Google experienced a security breach of data information on Google+, took place last October. At that time the data information of 500,000 of its users was compromised and shortly after that, it was announced by Google that it would close down its social network platform in 2019.

“We understand that our ability to build reliable products that protect your data drives user trust,” David Thacker, Google’s vice president of product management, said in a statement Monday. “We have always taken this seriously, and we continue to invest in our privacy programs to refine internal privacy review processes, create powerful data controls and engage with users, researchers, and policymakers to get their feedback and improve our programs.”

According to Wikipedia, Google+, is “Google’s fourth foray into social networking. It experienced strong growth in its initial years, although usage statistics have varied, depending on how the service is defined. It had 111 million active users in 2015 and was created by Vic Gundotra and Bradley Horowitz.”

Swirge Trading Down 7.4% This Week

Kylin Trading Down 3.2% Over Last 7 Days