Complete the form below to receive the latest headlines and analysts' recommendations for Myokardia with our free daily email newsletter:

Candriam Luxembourg S.C.A. lifted its holdings in Myokardia Inc (NASDAQ:MYOK) by 15.6% in the 4th quarter, according to its most recent filing with the SEC. The firm owned 70,500 shares of the biotechnology company’s stock after purchasing an additional 9,500 shares during the period. Candriam Luxembourg S.C.A.’s holdings in Myokardia were worth $5,138,000 at the end of the most recent quarter.

MyoKardia, Inc, a clinical stage biopharmaceutical company, discovers, develops, and commercializes targeted therapies for the treatment of serious and neglected rare cardiovascular diseases. Its lead product candidate is mavacamten, an orally administered small molecule, which is in Phase III clinical trial that is designed to reduce left ventricular contractility to alleviate the functional consequences and symptoms of obstructive hypertrophic cardiomyopathy (HCM) and prevent or reverse HCM progression, as well as in Phase II clinical trial for non-obstructive HCM.

Want to see what other hedge funds are holding MYOK? Visit HoldingsChannel.com to get the latest 13F filings and insider trades for Myokardia Inc (NASDAQ:MYOK). 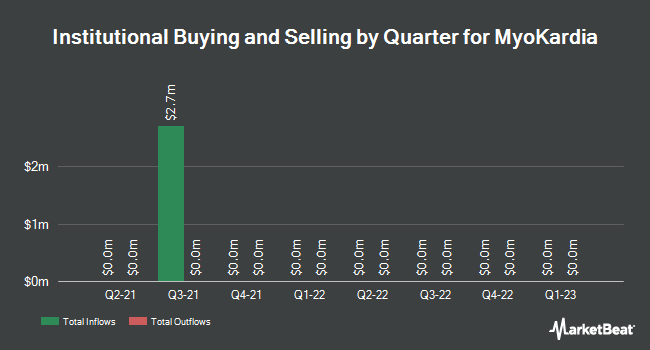