Complete the form below to receive the latest headlines and analysts' recommendations for LogMeIn with our free daily email newsletter:

LogMeIn (NASDAQ:LOGM) was downgraded by equities research analysts at BidaskClub from a “strong-buy” rating to a “buy” rating in a report issued on Friday, BidAskClub reports.

LogMeIn (NASDAQ:LOGM) last issued its quarterly earnings data on Thursday, February 13th. The software maker reported $1.43 EPS for the quarter, topping analysts’ consensus estimates of $1.40 by $0.03. LogMeIn had a negative net margin of 1.15% and a positive return on equity of 7.25%. The business had revenue of $322.68 million for the quarter, compared to analyst estimates of $320.48 million. During the same period last year, the business posted $1.47 earnings per share. The firm’s quarterly revenue was up 4.0% on a year-over-year basis. Equities analysts forecast that LogMeIn will post 3.89 EPS for the current fiscal year.

In other news, CFO Edward K. Herdiech sold 4,036 shares of LogMeIn stock in a transaction dated Wednesday, February 19th. The shares were sold at an average price of $85.47, for a total value of $344,956.92. Following the completion of the transaction, the chief financial officer now owns 16,536 shares of the company’s stock, valued at approximately $1,413,331.92. The sale was disclosed in a legal filing with the SEC, which is accessible through this hyperlink. Company insiders own 2.40% of the company’s stock.

LogMeIn, Inc provides a portfolio of cloud-based communication and collaboration, identity and access, and customer engagement and support solutions. It enables people to connect with each other worldwide to drive meaningful interactions, deepen relationships, and create better outcomes for individuals and businesses.

Recommended Story: How to Invest in the Dividend Aristocrat Index 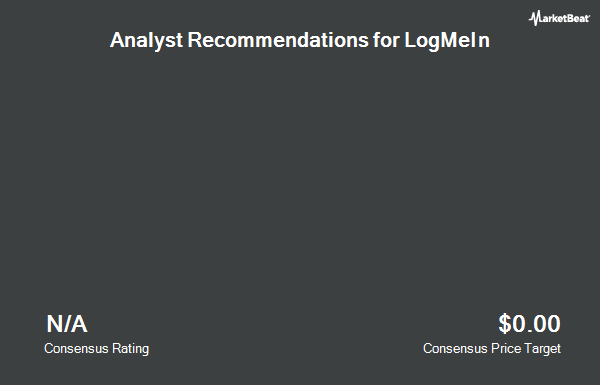 Receive News & Ratings for LogMeIn Daily - Enter your email address below to receive a concise daily summary of the latest news and analysts' ratings for LogMeIn and related companies with MarketBeat.com's FREE daily email newsletter.

$6.07 Billion in Sales Expected for Tesla Inc This Quarter