Complete the form below to receive the latest headlines and analysts' recommendations for Advanced Micro Devices with our free daily email newsletter:

Advanced Micro Devices, Inc. (NASDAQ:AMD) EVP Mark D. Papermaster sold 43,000 shares of the stock in a transaction on Monday, June 15th. The stock was sold at an average price of $52.90, for a total value of $2,274,700.00. Following the transaction, the executive vice president now directly owns 1,378,280 shares in the company, valued at approximately $72,911,012. The transaction was disclosed in a filing with the SEC, which is available at this link. 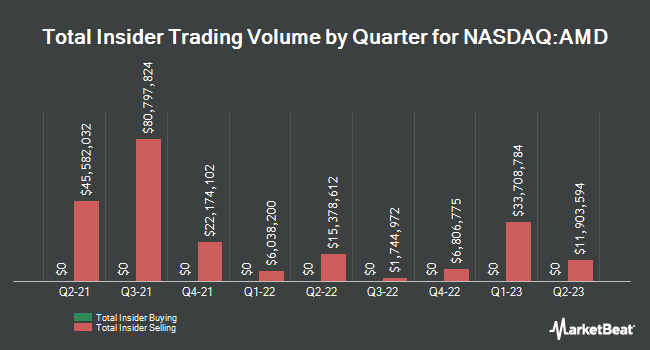 Squarepoint Ops LLC Has $193,000 Stake in On Deck Capital Inc