Complete the form below to receive the latest headlines and analysts' recommendations for Houlihan Lokey with our free daily email newsletter:

Houlihan Lokey (NYSE:HLI) last released its earnings results on Tuesday, May 12th. The financial services provider reported $0.96 earnings per share (EPS) for the quarter, topping analysts’ consensus estimates of $0.77 by $0.19. The firm had revenue of $302.69 million for the quarter, compared to analyst estimates of $290.19 million. Houlihan Lokey had a return on equity of 22.67% and a net margin of 15.85%. Houlihan Lokey’s revenue was up 3.9% compared to the same quarter last year. During the same period in the previous year, the company earned $0.86 earnings per share. Sell-side analysts expect that Houlihan Lokey will post 2.28 EPS for the current year.

The business also recently declared a quarterly dividend, which was paid on Monday, June 15th. Investors of record on Friday, June 5th were given a $0.31 dividend. The ex-dividend date was Thursday, June 4th. This represents a $1.24 dividend on an annualized basis and a dividend yield of 2.26%. Houlihan Lokey’s dividend payout ratio (DPR) is 38.75%.

In other Houlihan Lokey news, Chairman Irwin Gold sold 10,000 shares of the firm’s stock in a transaction dated Tuesday, June 30th. The stock was sold at an average price of $55.06, for a total transaction of $550,600.00. Following the completion of the sale, the chairman now directly owns 10,000 shares in the company, valued at approximately $550,600. The sale was disclosed in a filing with the Securities & Exchange Commission, which is available at this hyperlink. Company insiders own 38.23% of the company’s stock.

Further Reading: What are the qualifications of a portfolio manager? 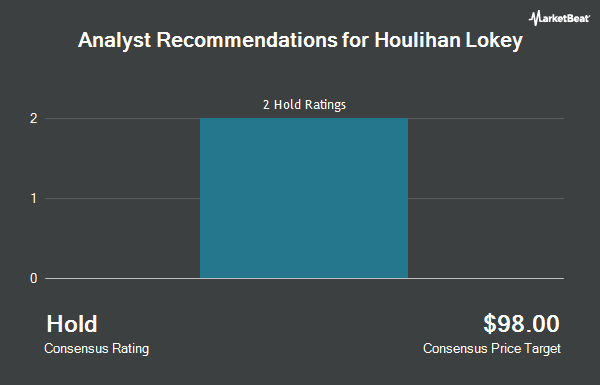