Complete the form below to receive the latest headlines and analysts' recommendations for Peabody Energy with our free daily email newsletter:

Zacks Investment Research upgraded shares of Peabody Energy (NYSE:BTU) from a sell rating to a hold rating in a report released on Friday, Zacks.com reports.

Peabody Energy (NYSE:BTU) last issued its quarterly earnings data on Wednesday, April 29th. The coal producer reported ($1.33) EPS for the quarter, missing analysts’ consensus estimates of ($1.01) by ($0.32). The company had revenue of $846.20 million for the quarter, compared to analyst estimates of $856.98 million. Peabody Energy had a negative return on equity of 6.69% and a negative net margin of 11.03%. The company’s revenue was down 32.3% on a year-over-year basis. During the same quarter in the previous year, the business earned $1.15 earnings per share. Research analysts expect that Peabody Energy will post -3.85 earnings per share for the current fiscal year.

Featured Article: What does a bar chart display? 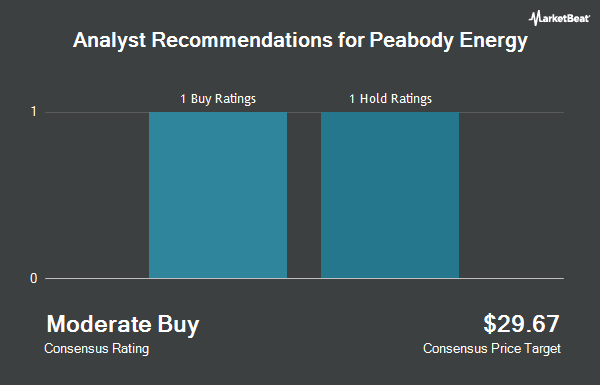