Complete the form below to receive the latest headlines and analysts' recommendations for Village Farms International with our free daily email newsletter:

Raymond James set a $14.00 price target on Village Farms International (NASDAQ:VFF) in a report released on Thursday, BayStreet.CA reports. The brokerage currently has an outperform rating on the stock.

In other news, CEO Michael A. Degiglio sold 151,796 shares of the firm’s stock in a transaction dated Wednesday, June 3rd. The stock was sold at an average price of $6.25, for a total value of $948,725.00. Following the completion of the transaction, the chief executive officer now directly owns 9,289,753 shares in the company, valued at $58,060,956.25. The sale was disclosed in a document filed with the SEC, which is available at the SEC website. Company insiders own 20.40% of the company’s stock.

Village Farms International, Inc, together with its subsidiaries, produces, markets, and distributes greenhouse-grown tomatoes, bell peppers, and cucumbers in North America. The company operates in two segments, Produce Business and Energy Business. It also owns and operates a 7.0 megawatt power plant that generates and sells electricity to British Columbia Hydro and Power Authority. 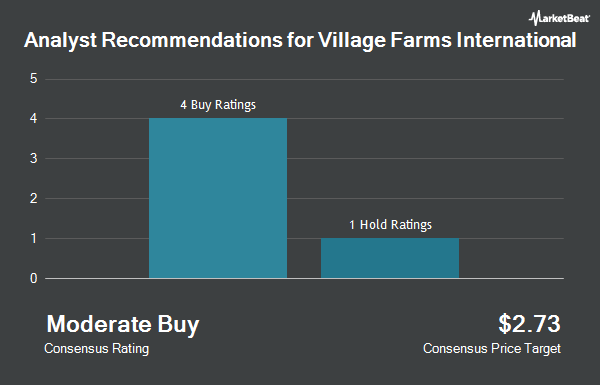