Complete the form below to receive the latest headlines and analysts' recommendations for Tullow Oil with our free daily email newsletter:

Berenberg Bank downgraded shares of Tullow Oil (LON:TLW) to a hold rating in a research note issued to investors on Thursday, Stock Target Advisor reports. The brokerage currently has GBX 40 ($0.49) price target on the stock, down from their previous price target of GBX 55 ($0.68).

Tullow Oil plc engages in the oil and gas exploration, development, and production activities primarily in Africa and South America. Its portfolio comprises 87 licenses covering 267,649 square kilometers in 17 countries. The company was founded in 1985 and is headquartered in London, the United Kingdom.

Recommended Story: What are the economic characteristics of a bear market? 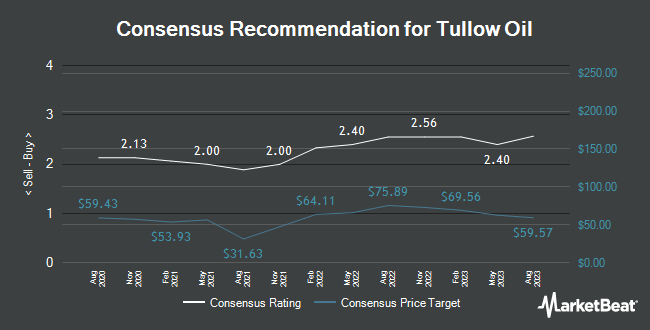 20,000 Shares in Beyond Meat Bought by DekaBank Deutsche Girozentrale