Complete the form below to receive the latest headlines and analysts' recommendations for Nicolet Bankshares with our free daily email newsletter:

Nicolet Bankshares (NASDAQ:NCBS) last announced its quarterly earnings data on Tuesday, July 21st. The bank reported $1.28 earnings per share for the quarter, beating the consensus estimate of $0.94 by $0.34. The business had revenue of $49.20 million during the quarter, compared to analyst estimates of $44.00 million. Nicolet Bankshares had a return on equity of 10.02% and a net margin of 25.25%.

Read More: What is a CD ladder? 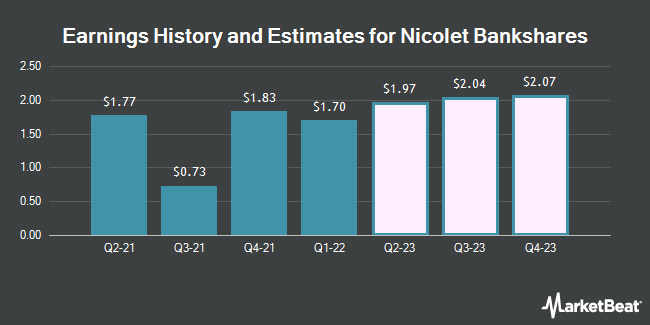