Arch Capital Group (NASDAQ:ACGL) had its price target lifted by Wells Fargo & Company from $37.00 to $42.00 in a report published on Thursday morning, The Fly reports. They currently have an overweight rating on the insurance provider’s stock. The analysts noted that the move was a valuation call. 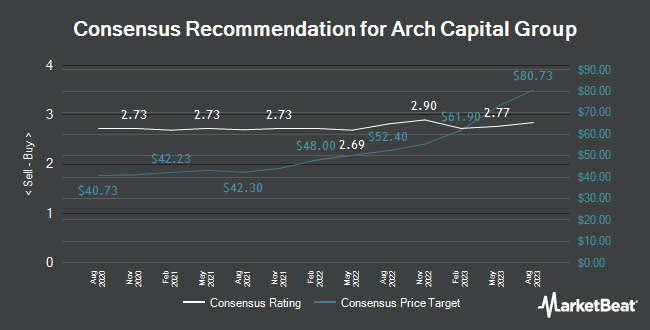