Fraport AG (OTCMKTS:FPRUY) has been given an average rating of “Hold” by the twelve ratings firms that are covering the stock, Marketbeat reports. Three investment analysts have rated the stock with a sell recommendation, five have given a hold recommendation and four have assigned a buy recommendation to the company. 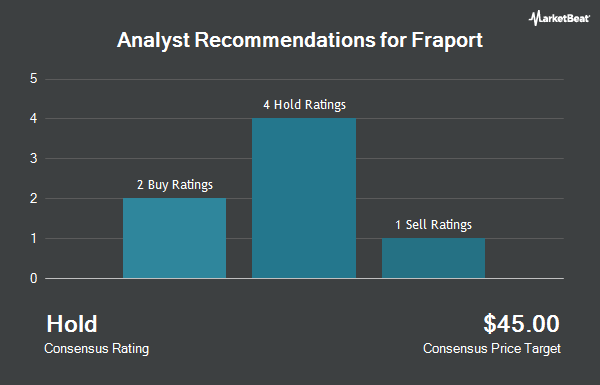