Northwest Pipe (NASDAQ:NWPX) released its quarterly earnings data on Sunday. The industrial products company reported $0.22 EPS for the quarter, beating the Zacks’ consensus estimate of $0.17 by $0.05, MarketWatch Earnings reports. Northwest Pipe had a net margin of 8.95% and a return on equity of 10.77%. 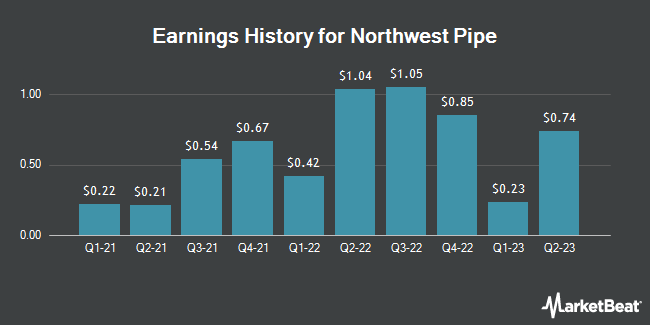