Trinseo (NYSE:TSE)‘s stock had its “buy” rating reiterated by investment analysts at Alembic Global Advisors in a research note issued to investors on Monday, Price Targets.com reports. They currently have a $70.00 target price on the basic materials company’s stock. Alembic Global Advisors’ price target would indicate a potential upside of 47.18% from the company’s previous close.

Trinseo (NYSE:TSE) last issued its quarterly earnings data on Wednesday, August 4th. The basic materials company reported $3.70 earnings per share (EPS) for the quarter, beating the Thomson Reuters’ consensus estimate of $2.84 by $0.86. The company had revenue of $1.27 billion for the quarter, compared to analyst estimates of $1.17 billion. Trinseo had a net margin of 9.94% and a return on equity of 69.20%. Trinseo’s revenue was up 138.4% compared to the same quarter last year. During the same period last year, the company posted ($2.95) earnings per share. Analysts anticipate that Trinseo will post 10.9 EPS for the current fiscal year. 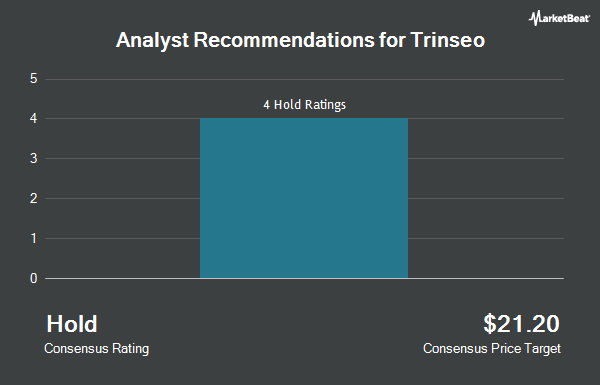 Receive News & Ratings for Trinseo Daily - Enter your email address below to receive a concise daily summary of the latest news and analysts' ratings for Trinseo and related companies with MarketBeat.com's FREE daily email newsletter.

Complete the form below to receive the latest headlines and analysts' recommendations for Trinseo with our free daily email newsletter: