Chinook Therapeutics, Inc. (NASDAQ:KDNY) has received an average rating of “Buy” from the nine analysts that are covering the company, Marketbeat reports. One equities research analyst has rated the stock with a hold recommendation and eight have issued a buy recommendation on the company. The average 12 month price target among brokers that have updated their coverage on the stock in the last year is $31.71.

Chinook Therapeutics, Inc is a clinical-stage biopharmaceutical company, which engages in discovering, developing, and commercializing precision medicines for rare, severe chronic kidney diseases. The company was founded in 2019 and is headquartered in Seattle, WA. 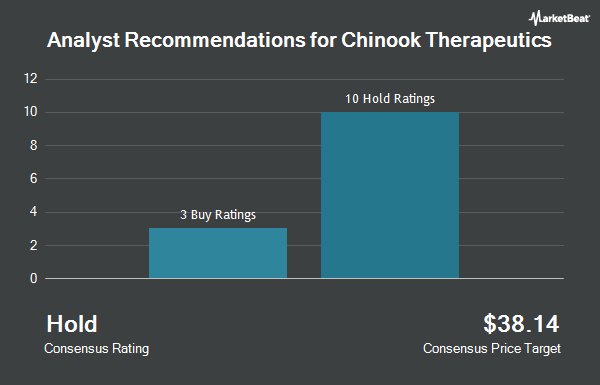 Complete the form below to receive the latest headlines and analysts' recommendations for Chinook Therapeutics with our free daily email newsletter: