Galapagos NV is a biotechnology company, which engages in the identification and development of small molecule and antibody therapies. It operates through the Research & Development and Fee-for-Services segment. The company was founded by Onno van de Stolpe, Rudi Pauwels, and Helmuth van Es on June 30, 1999 and is headquartered in Mechelen, Belgium.

Featured Story: How to Use the MarketBeat Retirement Calculator

Want to see what other hedge funds are holding GLPG? Visit HoldingsChannel.com to get the latest 13F filings and insider trades for Galapagos NV (NASDAQ:GLPG). 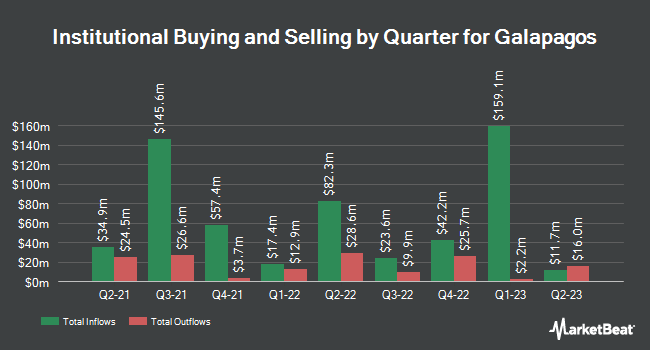 $652.28 Million in Sales Expected for Waters Co. This Quarter

Complete the form below to receive the latest headlines and analysts' recommendations for Galapagos with our free daily email newsletter: