Royal Gold (NASDAQ:RGLD) (TSE:RGL) last announced its earnings results on Wednesday, August 11th. The basic materials company reported $1.04 EPS for the quarter, beating analysts’ consensus estimates of $0.93 by $0.11. The business had revenue of $168.03 million during the quarter, compared to analysts’ expectations of $168.85 million. Royal Gold had a net margin of 49.12% and a return on equity of 9.79%. On average, equities research analysts forecast that Royal Gold will post 4.02 earnings per share for the current fiscal year.

Read More: What is the Beige Book? 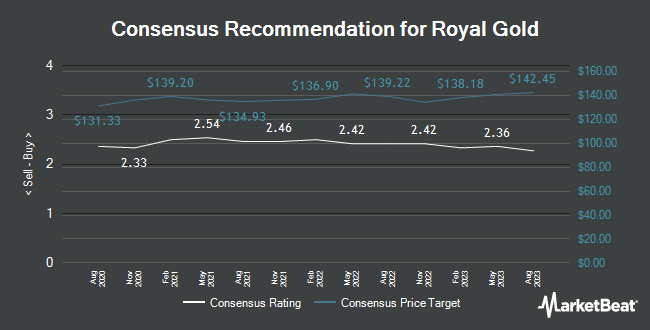 Complete the form below to receive the latest headlines and analysts' recommendations for Royal Gold with our free daily email newsletter: