Shares of Mowi ASA (OTCMKTS:MHGVY – Get Rating) have been given a consensus recommendation of “Buy” by the eight brokerages that are currently covering the firm, Marketbeat reports. Three analysts have rated the stock with a hold rating and five have assigned a buy rating to the company. The average 12 month price target among analysts that have issued a report on the stock in the last year is $235.00.

Mowi ASA (OTCMKTS:MHGVY – Get Rating) last announced its quarterly earnings results on Wednesday, February 16th. The company reported $0.23 earnings per share for the quarter. The company had revenue of $1.31 billion during the quarter. Mowi ASA had a return on equity of 13.70% and a net margin of 11.22%. Equities analysts predict that Mowi ASA will post 1.43 earnings per share for the current year. 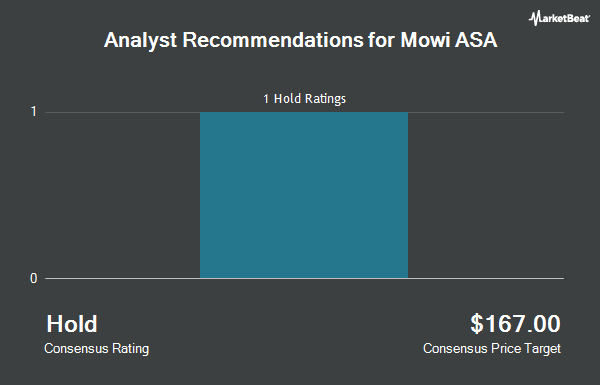 Puma Given a €72.00 Price Target by Baader Bank Analysts

Complete the form below to receive the latest headlines and analysts' recommendations for Mowi ASA with our free daily email newsletter: