The company also recently announced a quarterly dividend, which will be paid on Monday, October 3rd. Investors of record on Friday, September 2nd will be given a $0.264 dividend. The ex-dividend date is Thursday, September 1st. This represents a $1.06 annualized dividend and a yield of 1.35%. ITT’s dividend payout ratio (DPR) is currently 29.94%. 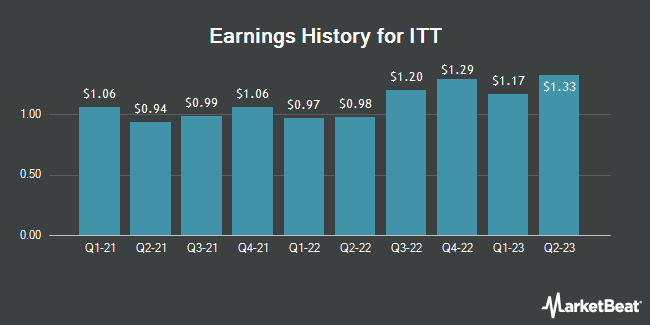 Receive News & Ratings for ITT Daily - Enter your email address below to receive a concise daily summary of the latest news and analysts' ratings for ITT and related companies with MarketBeat.com's FREE daily email newsletter.

Complete the form below to receive the latest headlines and analysts' recommendations for ITT with our free daily email newsletter: