Meta Platforms (NASDAQ:META – Get Rating) last issued its earnings results on Wednesday, July 27th. The social networking company reported $2.46 earnings per share (EPS) for the quarter, missing the consensus estimate of $2.50 by ($0.04). Meta Platforms had a net margin of 28.16% and a return on equity of 26.52%. The firm had revenue of $28.82 billion during the quarter, compared to analyst estimates of $28.95 billion. During the same quarter last year, the business posted $3.61 earnings per share. The company’s revenue for the quarter was down .9% on a year-over-year basis. As a group, sell-side analysts expect that Meta Platforms, Inc. will post 9.58 earnings per share for the current year.

Meta Platforms, Inc develops products that enable people to connect and share with friends and family through mobile devices, personal computers, virtual reality headsets, wearables, and in-home devices worldwide. It operates in two segments, Family of Apps and Reality Labs. The Family of Apps segment's products include Facebook, which enables people to share, discover, and connect with interests; Instagram, a community for sharing photos, videos, and private messages, as well as feed, stories, reels, video, live, and shops; Messenger, a messaging application for people to connect with friends, family, groups, and businesses across platforms and devices through chat, audio and video calls, and rooms; and WhatsApp, a messaging application that is used by people and businesses to communicate and transact privately. 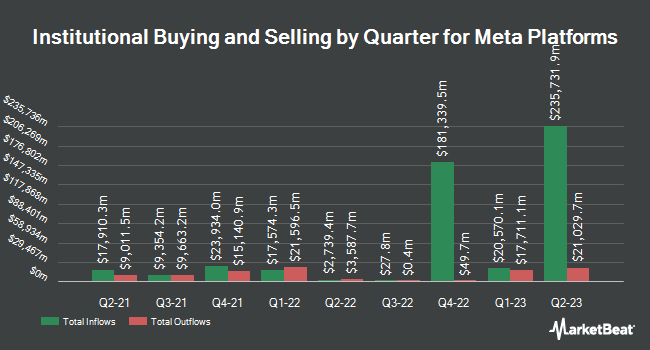 Complete the form below to receive the latest headlines and analysts' recommendations for Meta Platforms with our free daily email newsletter: