Antero Resources (NYSE:AR – Get Rating) last issued its earnings results on Wednesday, July 27th. The oil and natural gas company reported $1.68 earnings per share for the quarter, missing analysts’ consensus estimates of $1.93 by ($0.25). The business had revenue of $2.20 billion during the quarter, compared to analysts’ expectations of $1.82 billion. Antero Resources had a return on equity of 19.52% and a net margin of 16.24%. Antero Resources’s quarterly revenue was up 352.0% compared to the same quarter last year. During the same period last year, the firm posted $0.12 EPS. Research analysts predict that Antero Resources Co. will post 6.8 EPS for the current fiscal year. 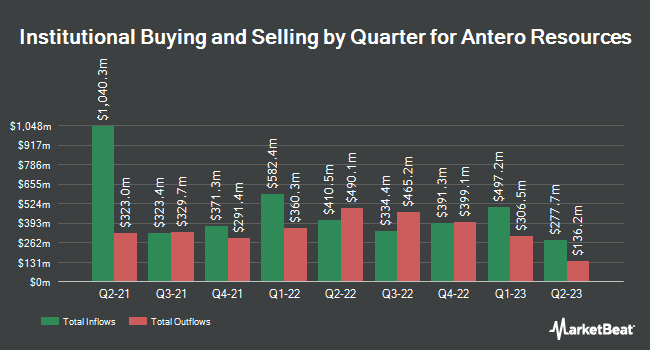 Starcoin Trading Down 10.9% This Week

BitMart Token Trading Down 3% This Week

Arweave Trading Up 3.4% Over Last Week

Complete the form below to receive the latest headlines and analysts' recommendations for Antero Resources with our free daily email newsletter: